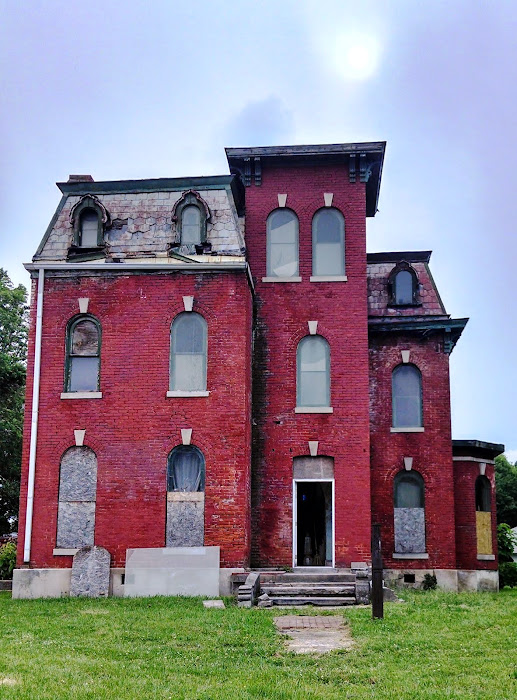 Let's Talk Rooves (or Roofs, It's All the Same to Me)

One of the things that makes Horner House, or any other second empire, so memorable is its mansard roof. So, what is a mansard roof? Technically, according to the dictionary "a roof that has four sloping sides, each of which becomes steeper halfway down." So, what does that really mean? Well, in the case of most second empires, a flat roofed "attic" area with a lower almost vertical secondary roof, leaving a very distinctive look. In our part of the country the flat roof has several options for covering, but that's a blog for another day. These days, the vertical roof also has many more options than it had back when Toad was first built and the only options were shingle or slate. 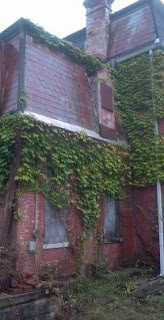 One of fun and distinctive parts of slate roofs are that they get to be more than just functional. The slate itself is large, overlaps, and can be cut into patterns. It can even be cut into different patterns for the same roof. 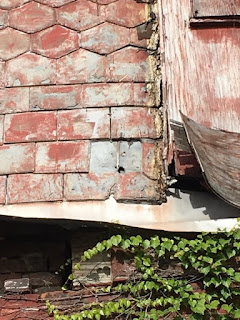 In the upper right corner of this photo is a board covered window in the vertical part of the mansard roof. Running horizontally across the middle of the photo is the metal flashing that has been exposed that lays along the bottom of the the mansard roof. It normally would lay down into the box guttering allowing rain to drain properly. There is one square slate missing which shows just how much of the slates are covered by other slates on a mansard roof. That's a LOT of rock!!! 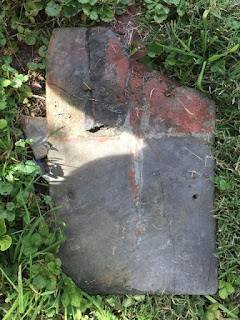 This slate has fallen from the roof and is missing the corner. Most slate roofs are good for about 75-200 years. The Horner House is approximately 141 years old. We have already been told that our slate has passed it's prime and is in need of replacement. 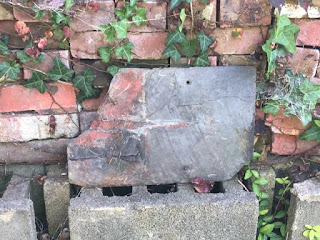 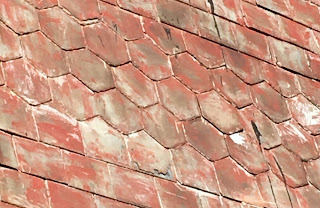 One last photo shows the three different shapes on Toad Hall. These are achieved with only two shapes of slates.

Next time we talk roofs (or rooves) we can talk styles of flat roofs, what replacement options are out there, and since it's October we'll throw in some Halloween Horror and talk cost too.

"If you only dream as high as your roof, then you are limiting yourself to dreaming higher"

-The Horner House Family
Posted by Amanda at 3:40 PM

Enter Amazon trhough this search box and help the Horner House at no cost to you!